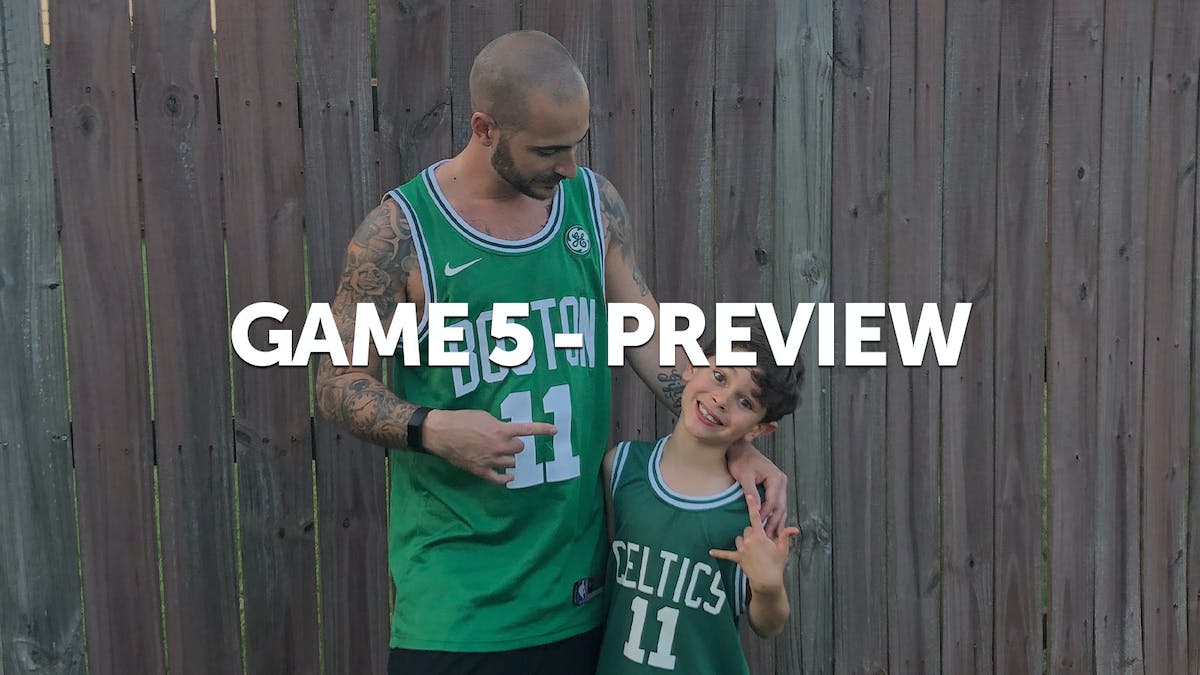 The last time the Warriors were in the finals, I was in Charlotte visiting Davidson College.

My friend and solefam David Czerapowicz played there at the time, and his brother Chris used to play there. Oh, and so did Stephen Curry.

The Warriors played the Raptors and David and his team were going to their local bar to watch the game and invited me and my son.

The Warriors played the Raptors and David and his team were going to their local bar to watch the game and invited me and my son.

David’s family is Bostonians, so me and my son were rocking matching Kyrie Boston jerseys (and Snake skin XI’s, but who cares…) but since Davidson is Steph’s alumni, so the whole team was rooting for the Warriors.

Steph is also a local hero from Charlotte, so everyone in there rooted for him.

It was a must win situation for the Warriors, down 1-3 and I don’t remember Steph having a great game, but I just looked it up and he had 31-8-7.

Imagine putting up those numbers and people not remember you playing like a freaking God.

And the Warriors won 106-105. The atmosphere at The Brick House was crazy.

Tonight, I know David is rooting for the C’s, so I’m gonna wear my Curry jersey just because.

I think Steph is gonna have a game I will remember three years from now.