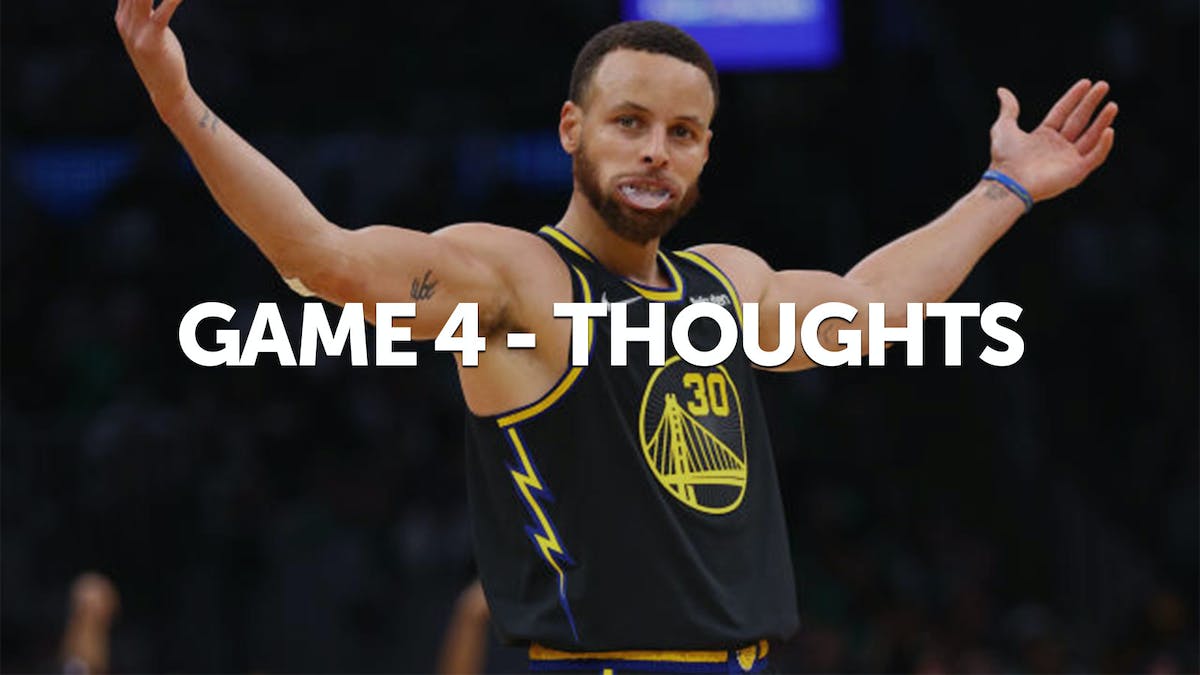 This is the reason nobody could count the Warriors out last 6 years.

His ability to shoot the lights out, is remarkable and it doesn’t matter how many times you’ve seen him make crazy shots, he’s so…not gonna write inspirational, but amazing for sure.

During the first 3,5 quarters I thought the Celtics were gonna go up 3-1, even when Steph had one of those crazy 3rd quarters with 4-for-5 from downtown.

Boston just looked so much more engaged and out hustled Golden State on offensive rebounds and loose balls.

Jaylen Brown and Jason Tatum looked like the best 1-2 punch in the series. But in the fourth, Klay made some key threes, Wiggins grabbed some offensive rebounds and made key put backs.

And of course, Steph was Steph.

So now we head back to the Chase Center and now the pressure is back on Boston.

They have to win Game 5, because if not, it’ll be hard to win two in a row against a tested squad like the Warriors when they’re this close.